The Gold Room
The Gold Room, sometimes referred to as the Yellow Room or the Second Drawing Room, is adjacent to the Garden Room. The oak parquet de Versailles flooring continues into the Yellow Room. This room is grounded by a carpet with subtle acanthus leaf motifs. The room is decorated with Louis XV style fauteuils upholstered in pale yellow and gold silks. A grayish-brown marble mantelpiece in the Louis XV-style is flanked by gilt-bronze sconces and built-in cupboards. The walls exhibit 18th-century wood boiserie in the French Rococo style and are painted in shades of cream and gray. The paneling is heavily ornamented with carved classical motifs including scrolls, shells, acanthus leaves, flowers, bamboo, egg-and-dart moldings, etc., from the baseboard to the cornice. A cove moulding, painted in the same hue as the boiserie, separates the ceiling from the cornice much like the design of the Garden Room. 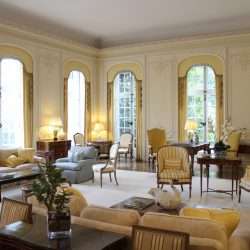 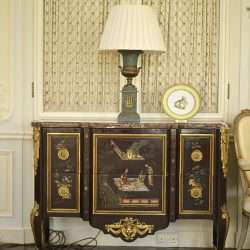 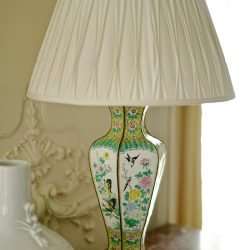 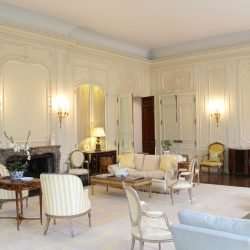 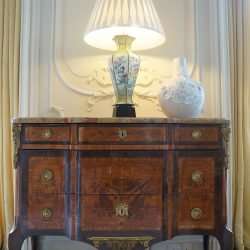 Tulip Wood Marquetry Comode, Louis XV/XVI Transitional style, of breakfront form with brêche d’Aleph marble top, the flower-inlaid frieze containing three drawers with two long drawers, the whole inlaid with a central musical trophy flanked by a vase of flowers, the ides inlaid with urns and raised on cabriole legs, 2ft 9in, 3 ft 7in. Acquired in 1947. 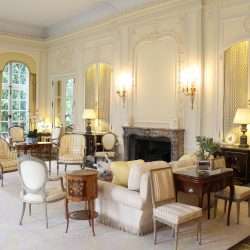 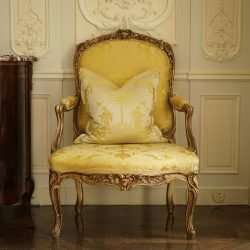 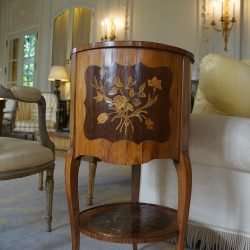 A Marquetry Guéridon Circular Table, Louis XV/XVI Transitional, the drum-shaped lower part in laid with baskets of flowers and with a sliding door, raised on cabriole legs joined by a circular shelf inlaid with a vase of flowers, 2ft 5in. Acquired in 1931. 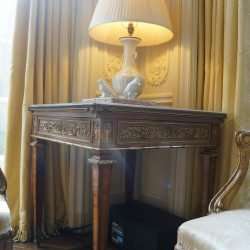 Louis XVI Style, the banded top with hinged quarterings over a paneled frieze applied with chiseled gilt bronze scrolling foliage and on square tapering legs with gardened capitals, 2ft 3in by 2ft 3in. 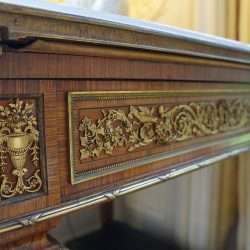 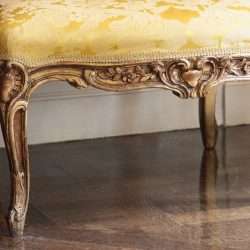 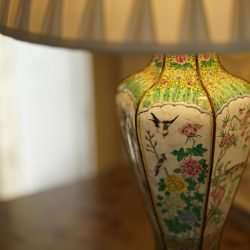 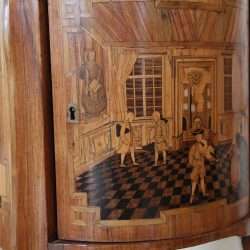 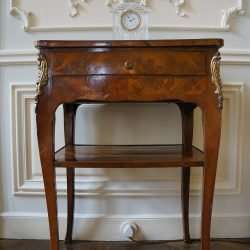 Marquetry Table en Chiffoniere, Louis XV, with rectangular top, the frieze with a drawer at one side, raised on cabriole legs joined by a rectangular shelf, the whole inlaid with marquetry of scrolling foliage and flowers. 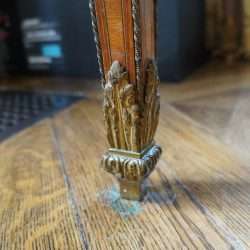 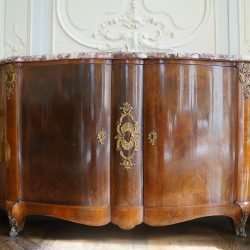 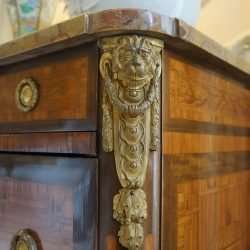 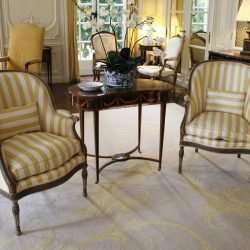 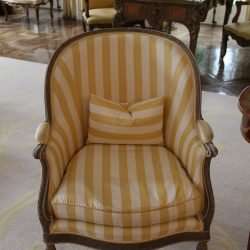 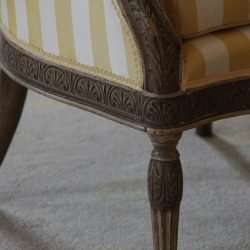 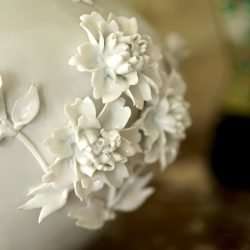 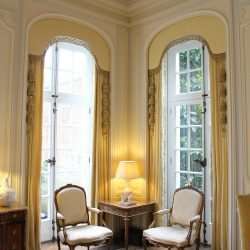 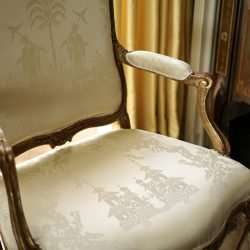 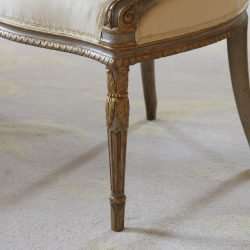 George III Parcel Gilt Arm Chair, Circa 1775, Part of a set of twelve. 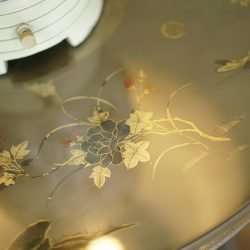 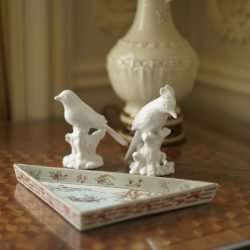 White Glazed Figures of Parrots, 19th Century, each molded astride pierced rock work, the eyes picked out in black. 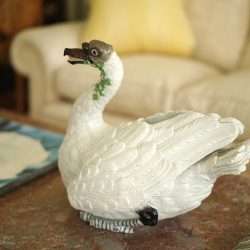